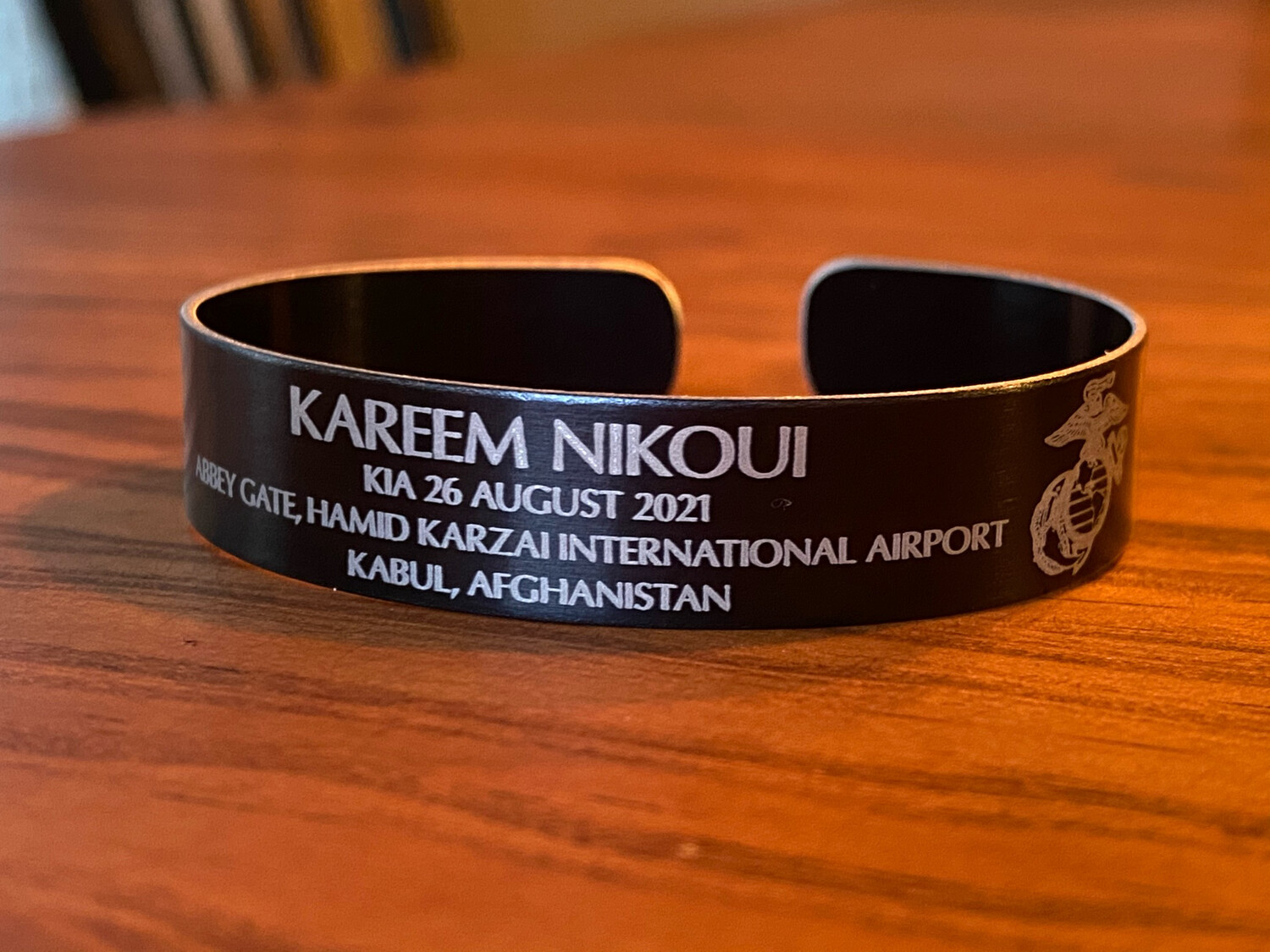 Kareem Nikoui was from Norco, California. His father didn’t realize his son had been killed until a clutch of Marines showed up at his door, the Daily Beast reported.

“I haven’t gone to bed all night,” the heartbroken dad told the outlet.

“I’m still in shock. I haven’t been able to grasp everything that’s going on.”

He said his son “loved what he was doing” and “always wanted to be a Marine.”

“He really loved that [Marine Corps] family. He was devoted — he was going to make a career out of this, and he wanted to go. No hesitation for him to be called to duty,” the dad said.

Ahead of his deployment to Afghanistan, Kareem Nikoui was stationed nearby at Camp Pendleton and often visited home on the weekends, bringing along “10 or 15 other Marines” with him, the dad told the Daily Beast.

“My wife and I felt very honored that [since] these other boys weren’t around their homes, that we were able to provide some sort of family life for them,” he said.

The father criticized President Biden’s sloppy withdrawal from Afghanistan and said he didn’t expect his son to be in this situation.

“They sent my son over there as a paper pusher and then had the Taliban outside providing security,” Steve Nikoui said.

“I blame my own military leaders … Biden turned his back on him. That’s it.”

The day before Kareem Nikoui was killed, he sent a video to his dad that showed him talking with Afghan children and giving them candy at the Kabul airport.

“He was born the same year it started, and ended his life with the end of this war,” the dad said, referring to the war that started in 2001.

“I’m really disappointed in the way that the president has handled this, even more so the way the military has handled it. The commanders on the ground should have recognized this threat and addressed it.”